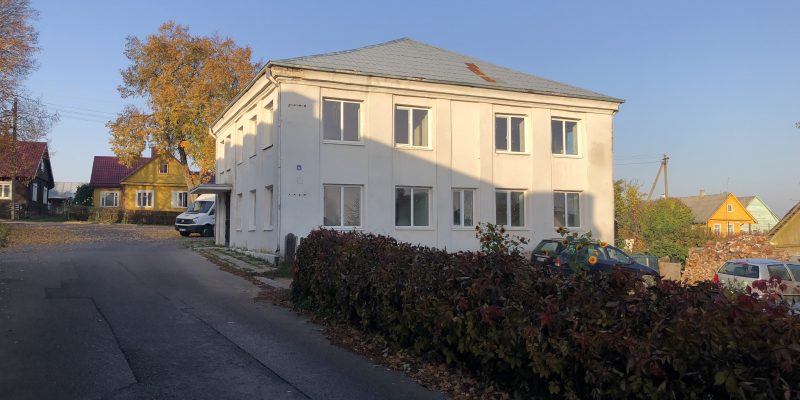 Žasliai has two surviving buildings, that to this day reminds us about the Jewish community and its inner diversity. These two buildings are Hasidim and Orthodox prayer houses, which stand next to each other.

After the great fire that struck Žasliai town at the beginning of the 20th century, the Hasidim Synagogue became the first synagogue to be rebuilt, as the orthodox beit midrash was reconstructed one year later. The Hasidim Synagogue was built from bricks, had a traditional square shape, its facade had Moorish architectural style elements. During the First World War, both synagogues and town center suffered from German artillery attacks, however, during the interwar period, both synagogues and the whole town regained their beauty and were fully functional till the beginning of the Second World War. In 1941 when the whole Žasliai Jewish community was brutally killed, both Synagogues were used as a warehouse to store valuable belongings of the killed Jews.

After the Second World War, as the town lost its Jewish community, both synagogues were reconstructed and adapted for other purposes. The Hasidim Synagogue was used as local kolkhoz’s administrative building, and the former Orthodox beit midrash was used as a culture house. Now the building of Hasidim Synagogue serves as a residential house, but its exterior still reminds us of its past. 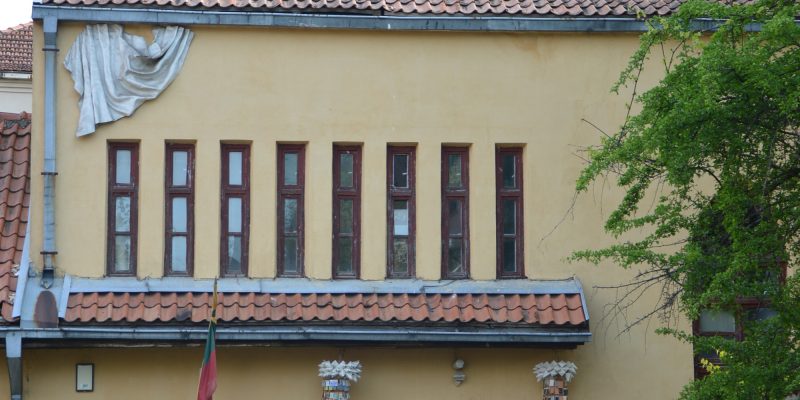 The building of new beit midrash in Kaunas