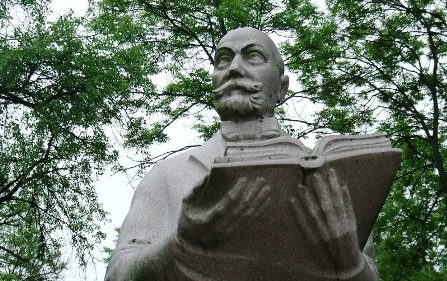 Veisiejai is a small Lithuanian town famous in the world for the fact, that in the year 1886 Ludwik Lejzer Zamenhof (1859-1917) lived here, worked as an eye doctor and finished creating the basic principles for the Esperanto language. The famous Esperanto creator called historical lands of Lithuania his homeland and during the 3rd Esperanto World Congress in Cambridge in 1907 he publicly declared: „You stand in my eyes, my beloved Lithuania, my unfortunate Homeland, which I will never forget”. Nowadays in Veisiejai there are two monuments and a street name commemorating Ludwik Zamenhof.

In the picturesque part of the southern Lithuania, on the two peninsulas of Ančia lake, there is a small town called Veisiejai. This place became home to one of many Lithuanian Jewish communities at the beginning of the 18th century. At that time a very important Lithuanian trade road to Seinai was leading through Veisiejai, so this location  was attractive to Jewish newcomers. The bishop of Vilnius granted the right for local Jews to build a synagogue in Veisiejai at the end of the 18th century and self-sufficient Jewish community has formed around it. This community has contributed significantly to the growth of town. The number of Jews in Veisiejai has been increasing steadily and at the end of the 19th century Jews constituted the majority of local citizens, they were the most economically active members of the city as well. There were a lot of Jewish shops, power plant, bank, sawmill, bakeries, butchery, pharmacy and brick-yard in interwar Veisiejai. It is worth noting, that it was Jewish youth that introduced football game to Veisiejai, they established first local football club and now it`s traditions have been continued by current local club “Dainava”.

With the first synagogue of 1748 began complicated history of synagogues in Veisiejai – fire after fire one synagogue has been changed by another, just their place remained the same. Current extant wooden synagogue of Veisiejai was built only in 1927 on the bank of Ančia lake – it has almost preserved its original form to-this-day. Green-painted two-store building with a terrace-type hallway and 12 big windows, which mark the previous place of prayer hall,  is an exclusive reminder of multicultural history of Veisiejai. The building itself conditionally maintained its functioned as a prayer house – since 2004 it houses local Baptist church. 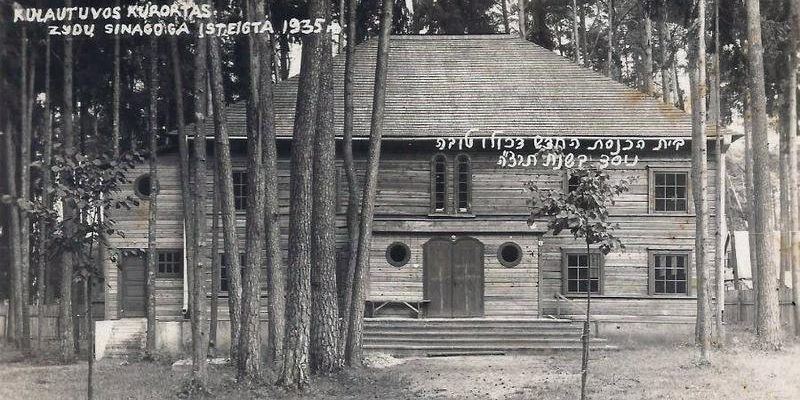 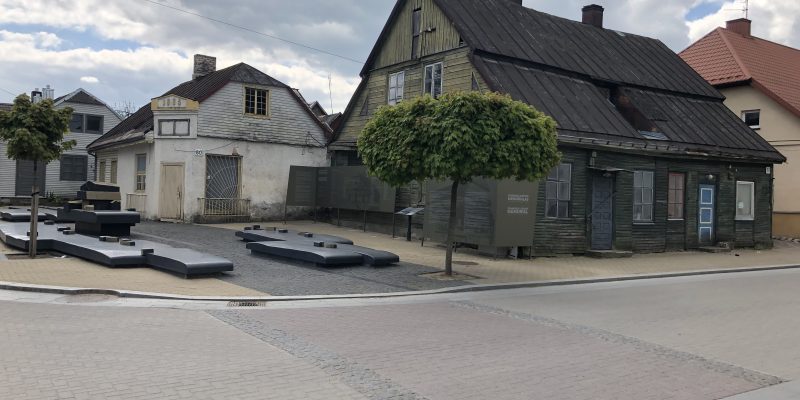