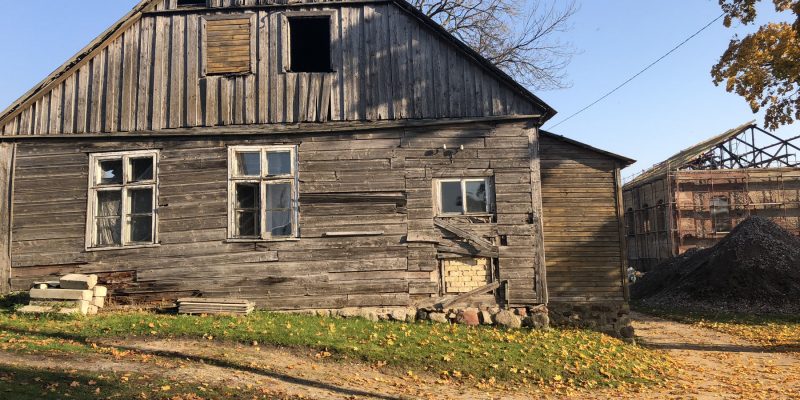 The wooden synagogue of Žemaičių Naumiestis is an extraordinary part of both Lithuanian and Eastern European Jewish cultural heritage. It is the one of only 16 extant wooden synagogues in Lithuania.

The wooden synagogue is still called a “women synagogue” by locals in Žemaičių Naumiestis. During the soviet times it has been reorganized to a local cinema theatre and only one entrance out of two was left open. It is almost miraculous, that inside the synagogue original wall paintings have survived behind the newly erected cinema screen. However, both two previous entrances and clear distinctions between main prayer hall and women section in the north western part of the synagogue indicate, that before the Second World War it has been used as a prayer house by both men and women. After Lithuania regained its independence in 1990, the wooden synagogue no longer houses a cinema theatre and the building stands in the middle of Žemaičių Naumiestis closed for the time being.

Synagogue and market square in Švėkšna